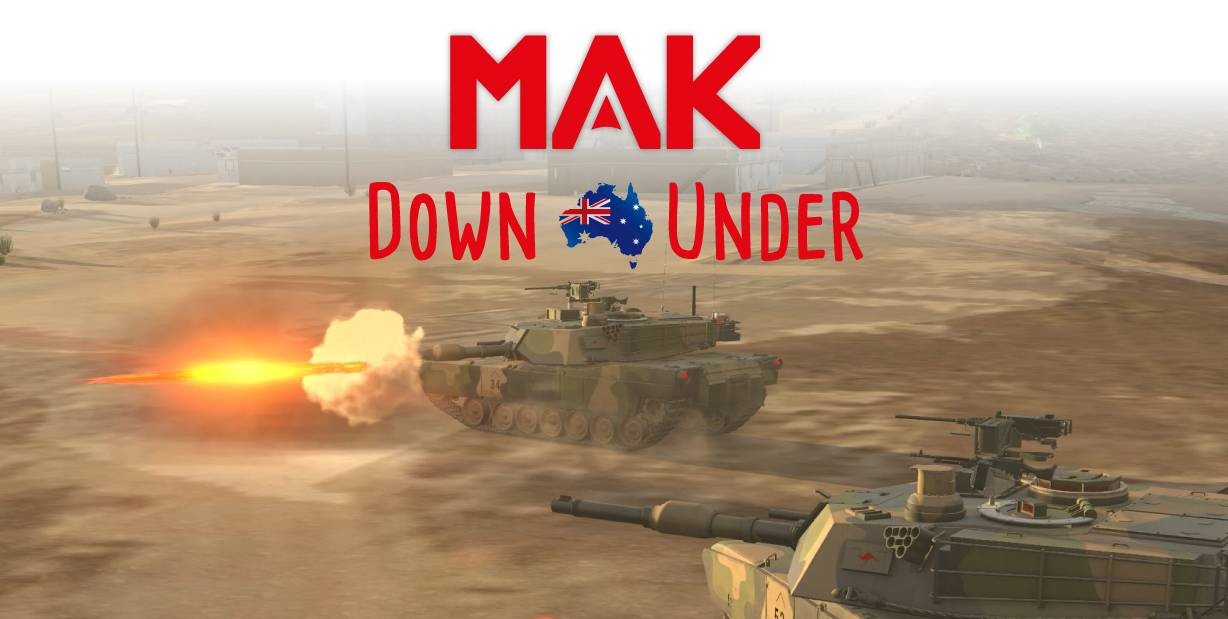 From Infantry Fighting Vehicle Simulators to Reconfigurable Driver Simulators, here's a peek at how MAK is supporting our Australian partners and customers.

MAK is proud to serve our customers and partners worldwide. This month, we're zooming in on Australia to highlight recent collaborations that we're most proud of, particularly our partnership with Applied Virtual Simulation (AVS) to display its Infantry Fighting Vehicle Simulator at the recent Land Forces Conference and our work with Universal Motion Simulation (UMS) to develop the Reconfigurable Driver Simulator (RDS).

Applied Virtual Simulation (AVS) is a first-class provider of simulation-based training systems to the Australian Defence Force (ADF). We're proud that the AVS team chose to use MAK ONE as the enabling technology for its Infantry Fighting Vehicle demo of the Hanwha Redback Turret Simulator at the recent Land Forces Conference. 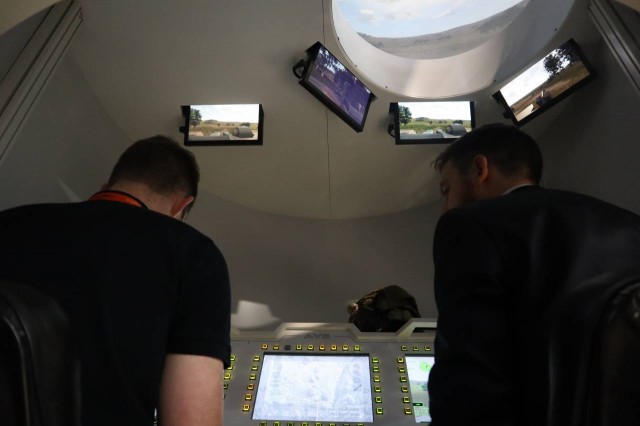 In a unique juxtaposition of computer AI and human player control, AVS's Redback simulation system uses VR-Forces, MAK's Computer Generated Forces (CGF), to play the role of the Driver — reducing the staff needed to support a training system — while trainees play the Commander and Gunner roles on the same vehicle using MAK's VR-Engage multi-role virtual simulator application. Two VR-Engage crew stations work together with a simulated Battle Management System (BMS) to accurately support the hunter-killer paradigm: The Commander identifies targets using the Commander's sight (VR-Engage) and generates target tracks on the BMS, which can then be sent to the Gunner for servicing. The Gunner then selects a target track and engages the target with the main weapon as appropriate, while the Commander continues to hunt for more targets. Alternatively, the Commander can engage their own targets using the remote weapon station or use slew-to-cue functionality to align the main weapon to their current view.

During this process, Commander and Gunner are able to communicate over a DIS/HLA radio, and the Commander is able to override the Gunner's controls directly if required. The VR-Vantage image generator used by VR-Engage drives a popped-hatch view on a mini-dome mounted above the turret, and the VR-Forces CGF, in addition to its duties as the Redback driver, models targets and other entities in the scenario. AVS also used the MAK Data Logger to capture an After Action Review (AAR) over the course of the conference. The AAR included not just the Redback turret, but all of the stations operating together on the stand.

Great job, AVS, creating such an engaging environment and putting on a great show!

A seamless transition from simulation to vehicle with UMS' RDS

When missions require specialized vehicle operator skills, or when it's unsafe or uneconomical to train in the real world, drivers need a robust simulator with an immersive environment to replicate the actual vehicle operating experience. Developed with the Australian Army, Universal Motion Simulation (UMS) delivers high-fidelity driver training with its MAK-ONE-based Reconfigurable Driver Simulator (RDS). 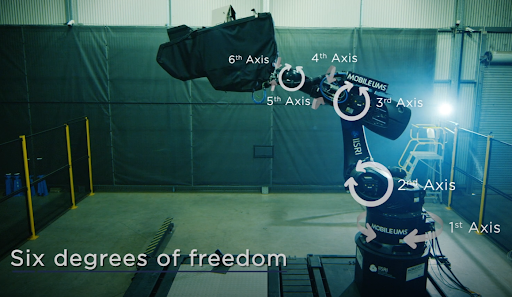 UMS chose the MAK ONE suite of COTS software to achieve the immersive environment within these simulators. Specifically, UMS is using VR-Forces to create and develop the simulator training scenarios, VR-Engage to provide the realistic interface for the driver trainee to interact with the simulation, and VR-Vantage IG to provide the out the window view.

MAK is excited to help create a seamless transition from simulation to vehicle for driver trainees with the RDS, and we look forward to the road ahead with UMS.

If you're interested in learning more about either of these use cases, or understanding how we can bring your simulation vision to life, connect with us at .