VR-Engage is MAK’s multi-role virtual simulator. VR-Engage lets you play the role of a first-person human character; a vehicle driver, gunner or commander; or the pilot of an airplane or helicopter. VR-Engage can be deployed as a trainee simulator, as a role player station, an instructor aid, a desktop simulation game, even as a VR headset experience. Built on mature, proven technologies, VR-Engage gets its simulation engine from VR-Forces and its game-quality 3D graphics from VR-Vantage.

Learn all about VR-Engage by clicking through the tabs below or download the VR-Engage Capabilities document. 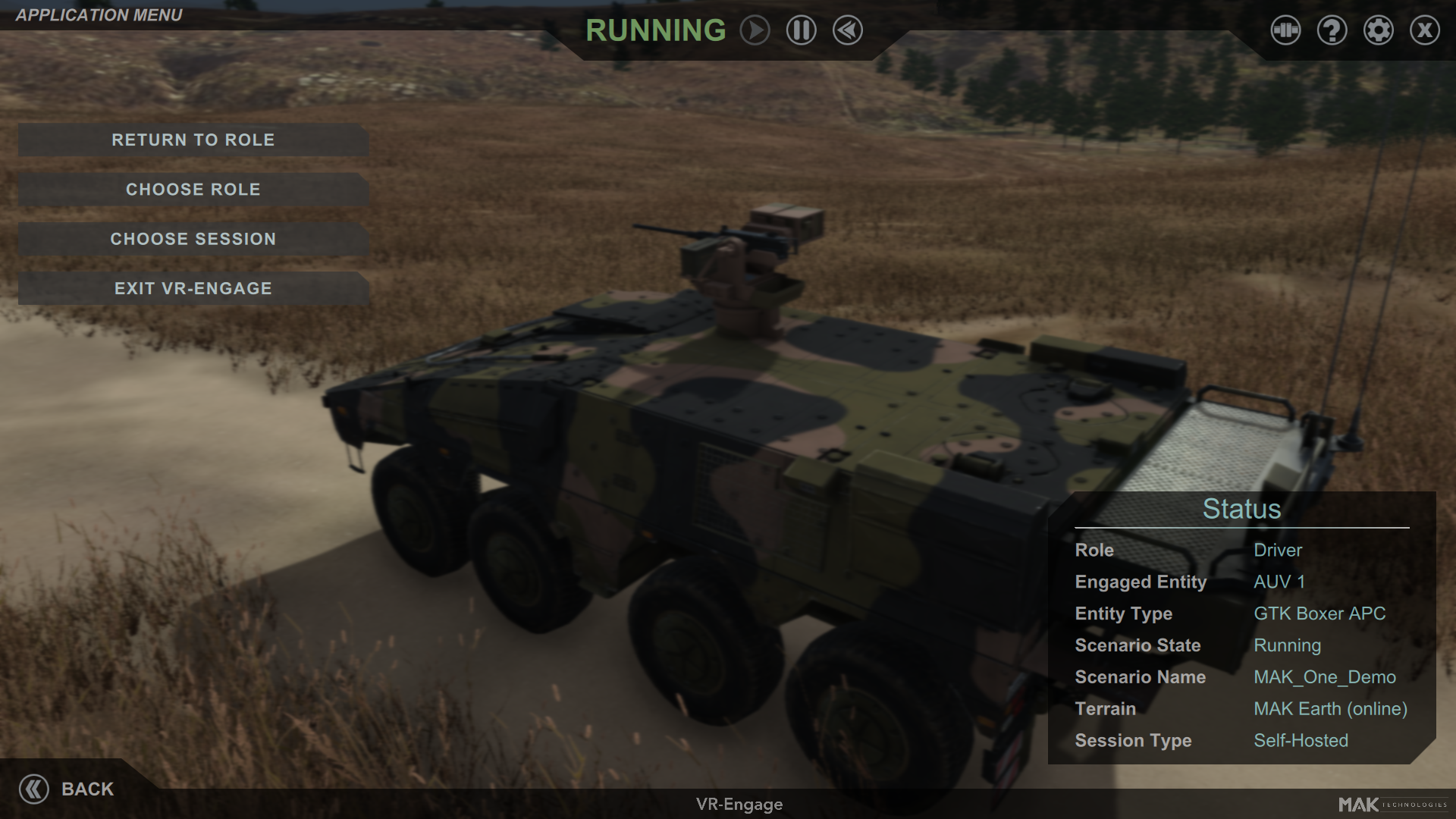 Dismounted Soldiers and Other Human Characters

If you take the role of a dismounted soldier or another human character, you have access to the full DI-Guy library of friendly, hostile, and neutral characters. Your character has the following capabilities:

VR-Engage lets you take on the roles of the driver, gunner, or commander of a ground vehicle (one role at a time, of course) that has the following capabilities:

You can easily switch roles and can disembark from the vehicle to assume the role of a dismounted soldier.

As a pilot, you can fly an aircraft with the following capabilities:

In the sensor operator role, you can:

VR-Engage can also automatically attach cameras to remotely simulated (that is, non-VR-Forces) entities. 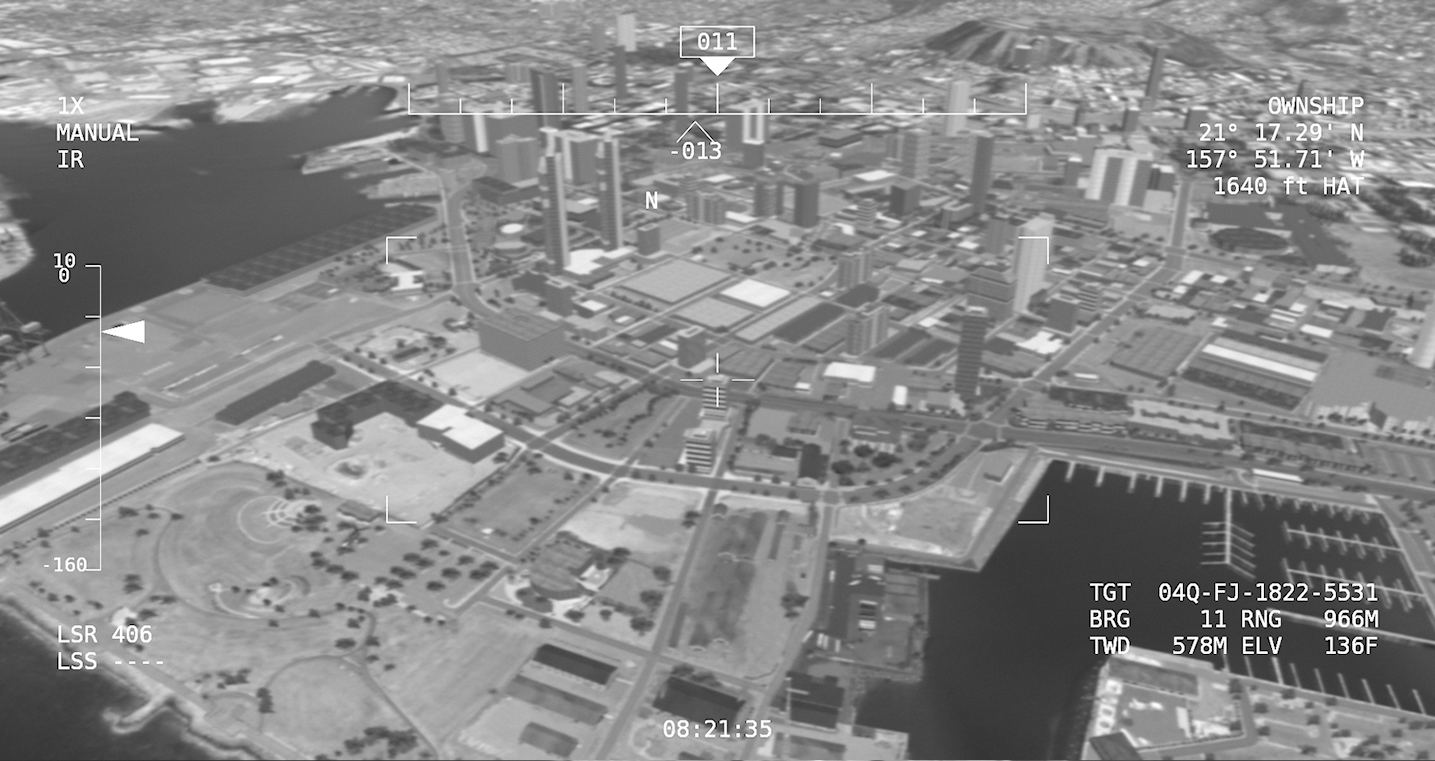 As a drone operator, you can deploy a small drone equipped with a camera and then fly it around. This role is designed to train people how to safely fly a drone without risking an actual device. You can use these in many different types of scenarios, such as simple infrastructure inspection or surveillance and reconnaissance. 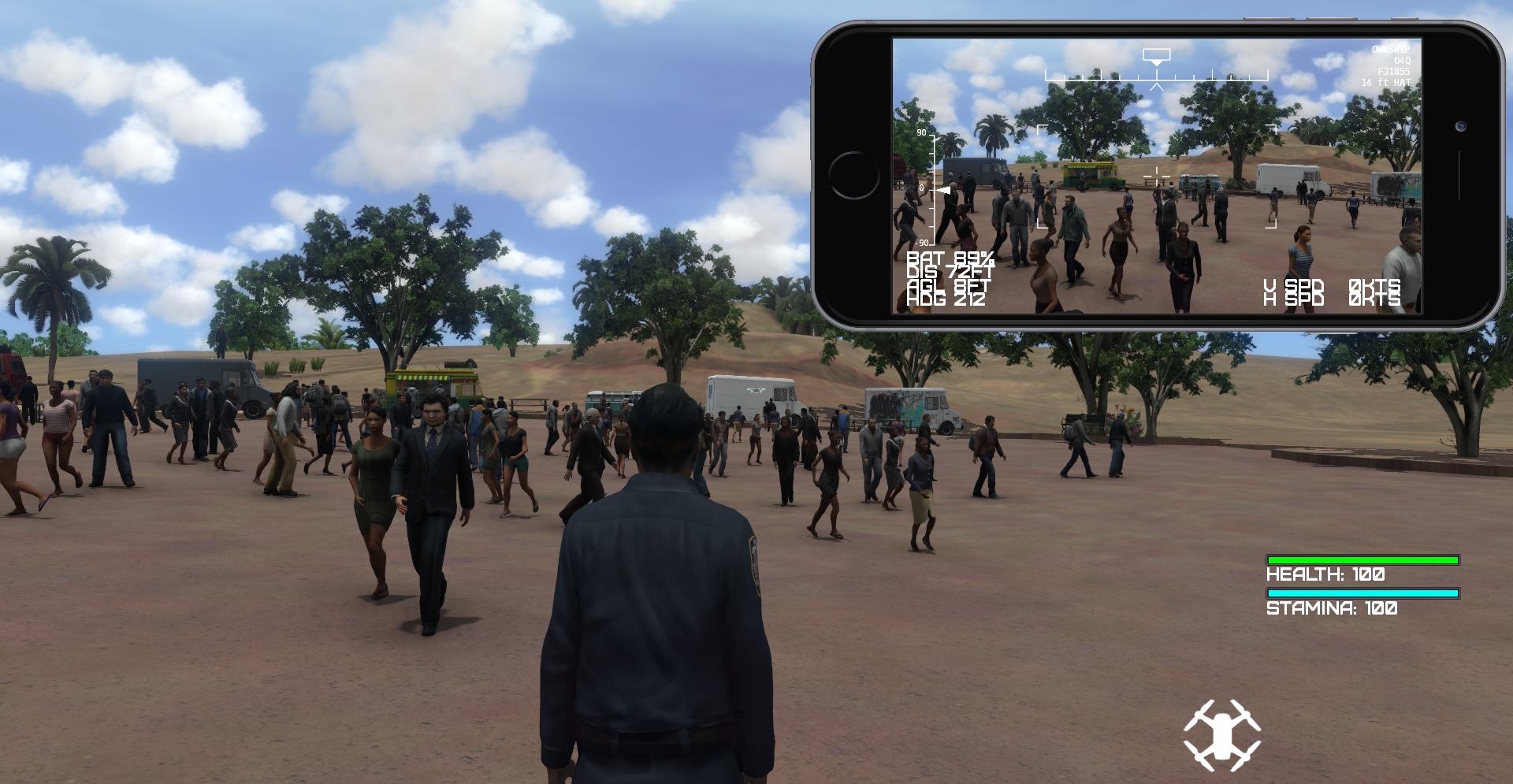 You can control your character using the keyboard, mouse, and game controllers. The graphical user interface provides command menus and cockpit and crew cabin displays. Other interfaces include:

VR-Engage includes a built-in Image Generator, based on VR-Vantage, that can support multiple display channels, to the limits of your installed graphics card. It can also be extended to fill larger multi-channel display systems by adding VR-Vantage Remote Display Engines. This is an example of the flexibility of MAK's product architecture that lets you configure a system of any size. 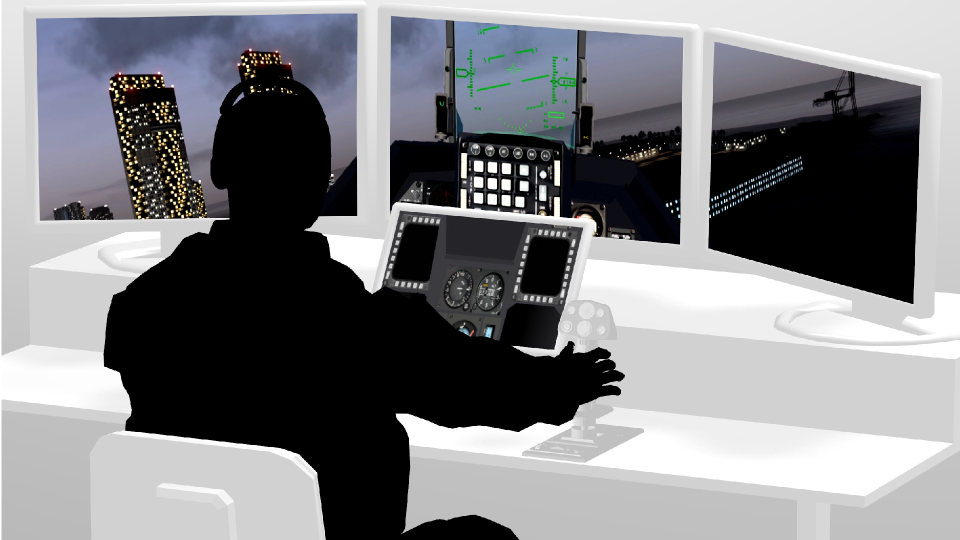 VR-Engage, like VR-Vantage and VR-Forces, lets you use the terrain you have or take advantage of innovative streaming and procedural terrain techniques to simulate on large, complex terrains.

VR-Engage includes a set of useful geo-specific terrains and options for building more.

When VR-Engage is used with a compatible version of VR-Forces and other MAK products, you can reap the additional benefits of a common system architecture:

The following sections list the benefits of different configurations of VR-Engage and VR-Forces.

Integration with Other MAK Products

Previous sections have discussed VR-Engage’s integration with VR-Forces and VR-Vantage. Additionally, like all MAK products, VR-Engage uses VR-Link for network interoperability and supports DIS and HLA. It integrates seamlessly with our other Link products, such as MAK Data Logger for recording and AAR, the MAK RTI for HLA support, and VR-Exchange for data interchange in heterogeneous simulation environments.

Whether in standalone mode or when playing with other simulation applications, VR-Engage publishes to the DIS or HLA network. Therefore, you can use the MAK Data Logger to record your simulation and play the recording back for after-action review (AAR).

Network Interoperability with other federates

VR-Engage is natively compliant with DIS and HLA, allowing it to participate in any topology of networked simulators and simulation support systems, including multi-player classroom environments. It can interoperate with existing simulation applications and 3rd party simulators, SAFs, and CGFs.

Although VR-Engage comes ready-to-run out of the box, its design is versatile, allowing system integrators to add modules and complementary products, and to customize and extend VR-Engage to meet program-specific requirements:

The following sections provide additional details about how VR-Engage can be customized and extended using various MAK SDKs and third-party tools.